The Ghost Whisperer of "Otherworldly" 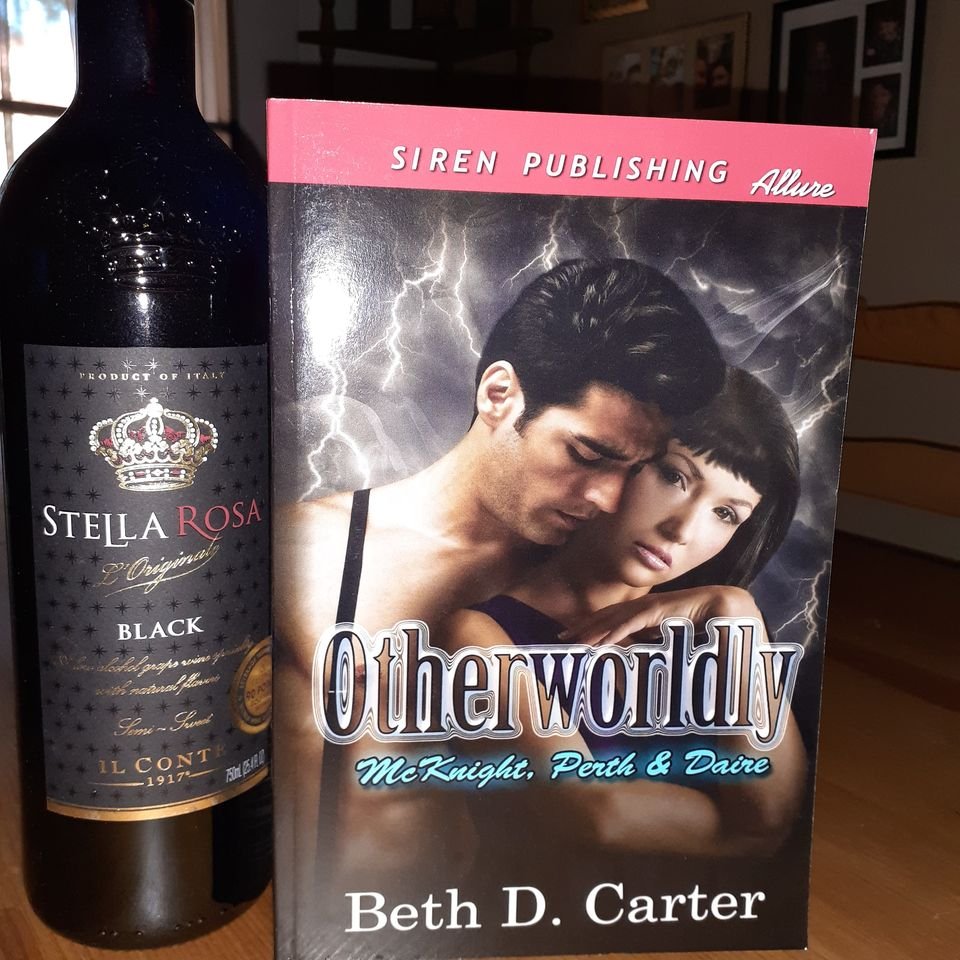 Charlotte Perth is all about sass because her job reminds her all too well the limits of human life.  She’s clairvoyant but her gift is unique.  She can only summon murdered souls and interprets the visions they send her.  When she’s hired by a wealthy woman to determine the fate of her great nephew, little does Charlotte realize this is one ghost that refuses to cross over.

Detective Jonas Daire feels Charlotte is a fake, out to swindle money from his rich aunt.  When Charlotte proclaims the nephew is not only dead but has been murdered, Jonas feels especially disgusted at Charlotte’s “profession”.  But when his cousin’s body is discovered in the place that she said it would be, with detailed accounts of how he died, he places her under suspicion.

Jonas and Charlotte work together to find the killer.  As the two grow closer together, another malevolent force won’t stop until the truth is buried…until Charlotte’s ghostly visions are her own.

THE SPOOKY EXCERPT OF OTHERWORLDLY...

Charlotte braced herself and picked up the ring.  She closed her eyes and concentrated.  Almost immediately, she felt coldness settle into her chest, and when she opened her eyes she was no longer in Alice Braddock-Masters’ opulent den.  Instead, she stood in an abandoned warehouse, the cold quickly seeping through her thin shirt and dress pants.

“Hello?” she called out, her echo fanning out in the empty vastness.  Only silence greeted her.

Far ahead she saw a light flicker and she started walking toward it.

“There’s a funny smell here,” she said.  “Oil, maybe.  Maybe a faint trace of gasoline.” She looked up and saw a few chains hanging from the ceiling.  “There are crossbeams, with chains.”

The light flickered more urgently so she hurried forward, crossing though a patch of light.  She paused and looked up, holding her hand up to shield her eyes.  “It’s so bright right here, but everything around me is so dark.”

As she continued, the light managed to stay just out of reach and she respected its wishes, following at discreet distance.  It turned a corner so Charlotte hurried up, not wanting to loose sight of it.

But when she went around the corner as well, she stopped suddenly.  There was a large crevice in the ground, filled with water.  Charlotte’s heart thundered heavily and her feet would not allow her to walk forward.  There was absolutely no way she would go near that pool of brackish water.

But the light flared brighter, morphing until Zach Braddock-Masters’ ghost stood staring down into the smooth depths.

“Are you in that water?” she asked.

“Do you know who did this to you?”

Zach didn’t answer.  She wasn’t sure if either he didn’t know or just didn’t know how to show it.

One minute Zach stood near the water and the next he stood in front of her, practically touching her nose with his.  His eyes were cloudy, as if death had already started eating at him in the afterlife, but the panic shining from them couldn’t be misinterpreted.  He shook his head and held a finger to his lips then flashed out of sight.  The brightness had her shielding her eyes and when she opened them the warehouse had disappeared and Charlotte found herself back in Alice Braddock-Masters’ house, only she was no longer in the den but in the formal dining room.  Her belly rested against the mahogany table.  Mrs. Braddock-Masters and Jonas stood behind her.

“So Zach is dead?” Mrs. Braddock-Masters clarified, her shoulders slumped.

Charlotte took a deep breath and tried shaking off the vision.  “I’m so sorry.  His spirit is strong, he wants to be found.”

**Otherworldly is part one in the McKnight, Perth & Daire Series! In the first book, Charlotte meets Detective Jonas Daire. In the second book, she rekindles her emotions with her ex, Nash McKnight. By the third book, the three of them learn that a ménage relationship is the only thing that can work! Warning: MF & MFM